[Final Issue] Knowing When To Quit

Stopping At The Right Time

Knowing When To Quit

On my second date with my future wife, I quit smoking.

After a few weeks as a non-smoker, I would weigh my cravings against my identity, and decide that I could be a smoker for a little while longer…until the day when I finally couldn’t, and I quit for good.

We were 22 years old, and neither of us wanted to date anybody. I was hosting a New Years’ Eve-Eve party with my roommate, and we wanted to party like it was 1999, because it was. This was the first time I had hosted a party with grown-ups attending. Only days away from the party, I realized – I didn’t have a date for my own cocktail party!

I had been burned pretty badly by a pretty girl, and I wanted to focus on a few other things in my life without getting confused by a new relationship. What I wanted, I decided, was a really hot date who would look great on my arm, someone way out of my league, who would never date me.

Just then, a beautiful woman pulled up to the curb. Someone way out of my league.

I got bold. I asked her to be my date, and she said yes. We had a nice time (even though she brought her sister as a chaperone) and politely said goodbye at the end of the night.

It was surprising to get an invitation to go out for drinks with her a week later. I wasn’t really that interested in dating, but like I said, she was really hot, so I said yes.

I was very nervous, and after we ordered our drinks, I lit up a cigarette. Looking through the cloud of smoke I asked her, almost as a challenge: “So, what are you looking for in a guy?”

My future wife sized me up, to see if I was big enough for her answer. “Well, I’m an asthmatic, so I’m not going to date a smoker,” she said.

And she paused, watching me.

A moment later, I put my last cigarette out in the ashtray, and I quit smoking for good.

Well, I won, when I quit smoking. My future wife pulled out a list she had made just days before we met, with the heading ‘My Perfect Man,’ and proceeded to read off the qualities she was looking for in a future partner.

Quitting smoking opened up a door for me into a whole new life. We fell in love, we had children, and we’ve lived a fairy tale romance together. 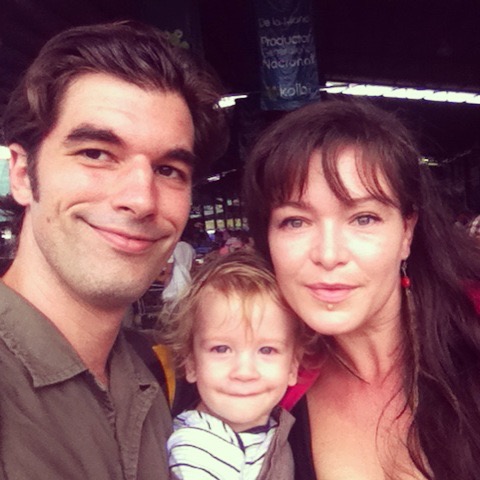 In Costa Rica with our youngest babe.
To some of my friends, I was a quitter.

Our friendships had been spent smoking cigarettes and making jokes together. Without the currency we used for our coolness, I was quitting on them. The time we spent together, shivering outside of warm cafés, slowly but surely ground away, until I had no time to spend with them. (I was often spending time with my future wife in various stages of undress, instead.) Proving….

Quitting Is Not Losing

It is with the same shift in priorities that I have to look at this newsletter.
I’m shutting it down.

I started Habits of Excellence for three reasons:

The blog post formula I have seen others use was:

In case you hadn’t noticed, I have been using this formula (or at least the first half of it) in many of the issues in this newsletter. (Archive here.)

I found myself fumbling into a fatal flaw, when I published last month’s issue. As I learned at Pioneer Nation last year from Marcus Harvey, “Brands get into trouble when they publish content for content’s sake,” and that’s exactly what I did. I told you that I was going to send this newsletter monthly instead of weekly, and with the deadline coming up, I published because I had to, and not because I wanted to.

The newsletter took a few hours for me to create, hours that could have gone to a much more stable and fulfilling project:

Now that this website is fully launched, I cannot, in good conscience, devote the weekly (or monthly) time to writing this newsletter, when I could be building content on the platform that will serve me for years to come. It took me many months of investigation to find this niche, this topic, and this audience, and now that I have found the corner of the Internet where I will stake my claim, I need to pull back from other areas to preserve my ability to write well where it matters.

“We are what we repeatedly do. Excellence, then, is not an act, but a habit.”