“A habit is a formula our brain automatically follows: When I see CUE, I will do ROUTINE in order to get a REWARD.” – Charles Duhigg, The Power of Habit

When someone joins Alcoholics Anonymous, they are actively hacking the habit of drinking.

Every habit, as Charles Duhigg lays out in his book The Power of Habit, contains a Cue, a Routine, and a Reward. By going to meetings instead of a bar, alcoholics are substituting a different Routine into their Habit Loop.

From The Power of Habit: 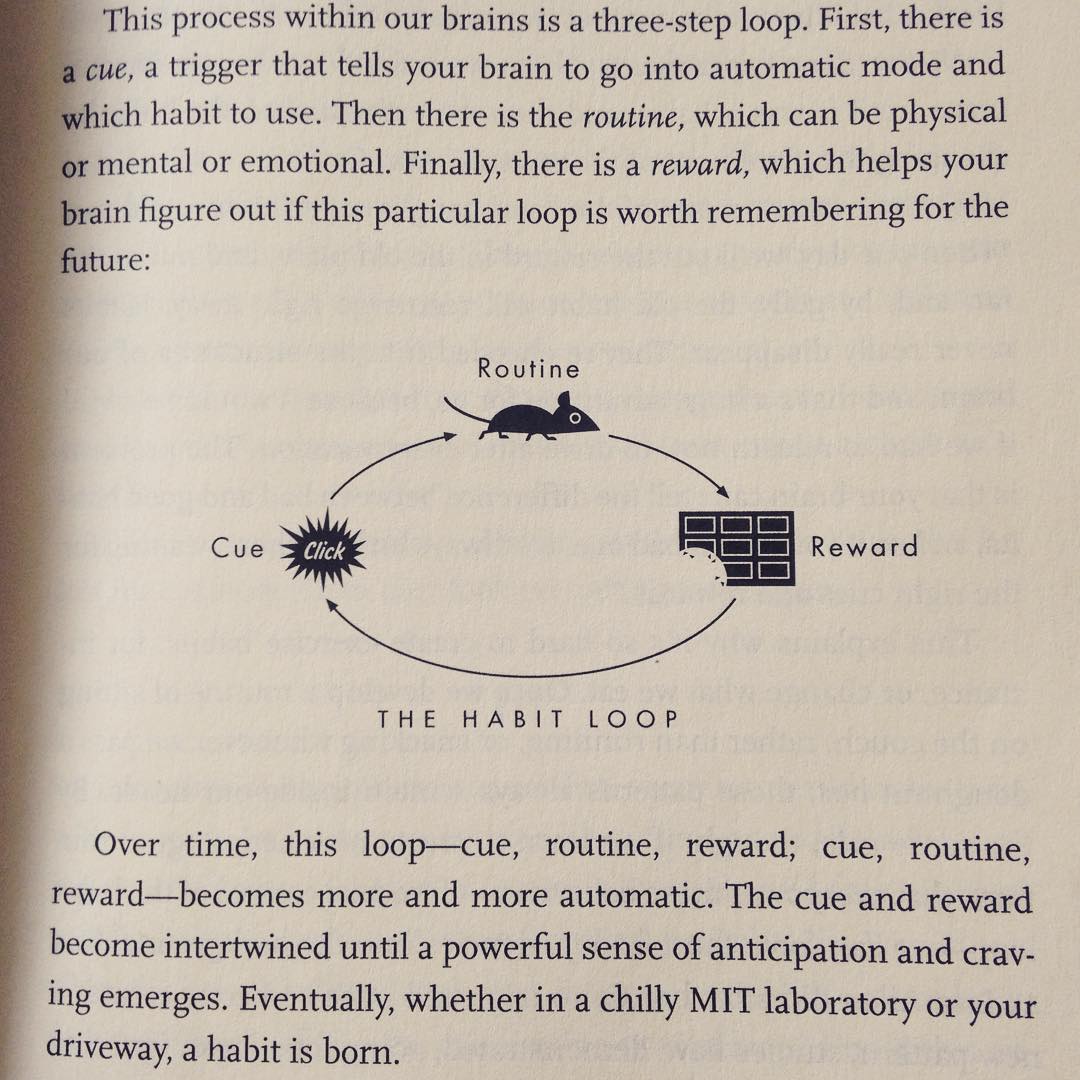 The most often-cited Cue for the habit of drinking is a feeling of loneliness.

When an alcoholic feels lonely (Cue), they go out to a bar to get a drink (Routine), and are able to socialize with other people (Reward).

Many alcoholics say they do not drink for the physical intoxication, for the loss of motor reflexes, or for the slurred speech. Even the brilliant dance moves – not a reward for heavy drinkers. The real reward is a connection with other people, which is something that the meetings of Alcoholics Anonymous provides.

By having regular meetings, where people can socialize and share their stories, and by assigning every new member to a Sponsor, the Reward of human interaction is preserved in a new habit.

Now, when an alcoholic feels lonely (Cue), they can go to a meeting (Routine), and have social interaction (Reward).

By replacing the Routine of a habit, you can use the same Cue and Reward to hack the habit loop.

“Simply understanding how habits work – learning the structure of the habit loop – makes them easier to control,” says Duhigg. “Once you break a habit into it’s components, you can fiddle with the gears.”

This is enormously useful if you are having trouble breaking a habit.

Instead of stopping the habit entirely, identify its Habit Loop (Cue, Routine, and Reward) and substitute the Routine you want to change with something else, a new Routine that has the same Cue and Reward.

This way, when the Cue presents itself in the future, you can institute a different Routine along the same neural trackways laid down by your previous habit. The new habit will be easier to implement than quitting your bad habit cold turkey, and gives you an immediate direction in which you can displace your cravings.

What’s one habit you are trying to change? Take a moment right now to write down the Cue, Routine, and Reward in this Habit Loop. Select a different Routine for this habit, so when the Cue happens in the future, you will be ready.